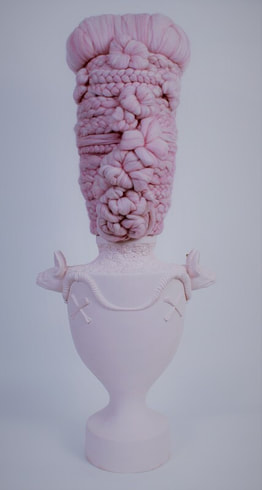 There is something compelling about ceramic urns beyond their funerary function and that is their earth-bound materiality and inherent fragility. The artist imprints the urn with memento mori including bats; one with an ear pierced by a gold ring, a neck adorned with flowers, a breast with cross bones and the tour de force of the piece, a tiered plaited looped, and knotted cap fabricated from bat’s insulation transforming the mundane into a sumptuous crowning of the urn. The urn becomes a torso capped by a head bereft of the physiognomy of a Grecian bust. There is a Gothic playfulness in the base with corner ring and 16 minimal golden conical caps that introduce a sense of tactility. The title ‘Pink Bats’ sums up the artists playful demeanor. 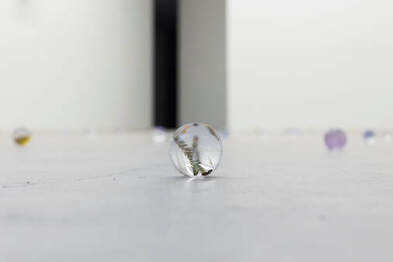 This work explores themes of nature reconstituted but also hints at an internal problem for each of us to consider. The artwork is charmingly titled Morning Dew but the dominant medium is resin, nasty and toxic. Little plant remnants held inside are pickled, preserved for examination, never to move or grow again, frozen and magnified in their stasis. Any droplets evoked by the title and the artist's statement are long lost, revealing a wistful metaphor for what was once alive; the resin holding nature in suspension like a tiny oubliette. For better and worse we can see David Bowie's Goblin King twisting them in his tapering fingers, mulling over their contents and making his complex plans. While the orbs seem like suspended moments of time, there's a feisty game of marbles waiting in the associative wings. Apparently the little spheres were designed for distribution around the space, not particularly feasible in a bustling
public art gallery - although their being kicked, rolled about or overlooked
doesn't seem possible to imagine. These small worlds' delicacy remains both
fragile and deceptively robust; They would make it through the labyrinth. 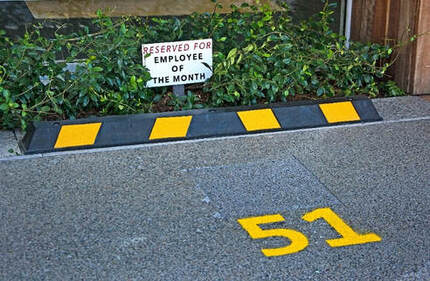 Employee of the Month

A work that can be read in a number of ways: clever commentary on power structures; dry, tongue-in-cheek observations of everyday vying for position in various social and political hierarchies; or a poignant reference back to a momentous time in Aotearoa New Zealand’s labour relations history. This work resonated with me from the first time I saw it. Initially its irony made me laugh. Then its deeper concerns haunted me a little, recalling personal experiences from the 1970’s. It’s a work that talks about hierarchies, power structures, politics and control. While Employee of the Month could be described as a relatively simple work, made up of only 3 components, it speaks volumes in its relevance to attitudes towards employment and beyond. In my world, it is important to listen to this voice. 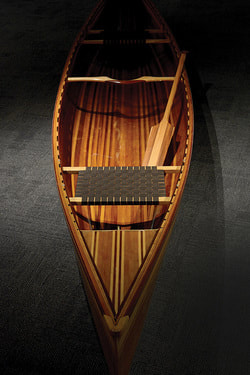 ​
​In many ways Porter is a work that is easy to understand. To look at it is to understand what it is and what it is made of. We can see in its material form the layers of the timber that have been rendered by hand and the simple, meticulous detail of the boat’s exposed joinery. Porter speaks to the heart of the making process. It demonstrates a commitment to time, and labour, to learning an applied skill situated within a craft tradition and trusting in an outcome that lies far ahead. On land Porter sits idle, an object imbued with potential of the water and the poetic and unknown nature of a journey yet to come. 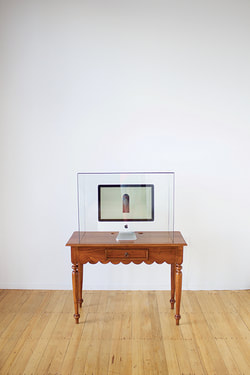 As an object, how might we understand The Beauty of Invisible Grief. A video plays of a traditional heir tiki form, rendered in ice and melting in real time adorning the body. Te Hira collected water from each of the three rivers of her whakapapa, casting it in this jewellery form; we hear a soft, sweet song momentarily, a calling by the artist to the land and location of her whanau, her ancestry that she is simultaneously distant from and connected to. The video plays on an immaculate and highly recognisable Mac screen – a symbol of contemporary culture, design and communication. Te Hira encases the screen in a glass vitrine and ornate timber side table; these too are familiar, reminding us of colonial museological mechanisms for display in which Taonga and artefact are presented out of context, separated from the situation in which their meaning and significance were made.